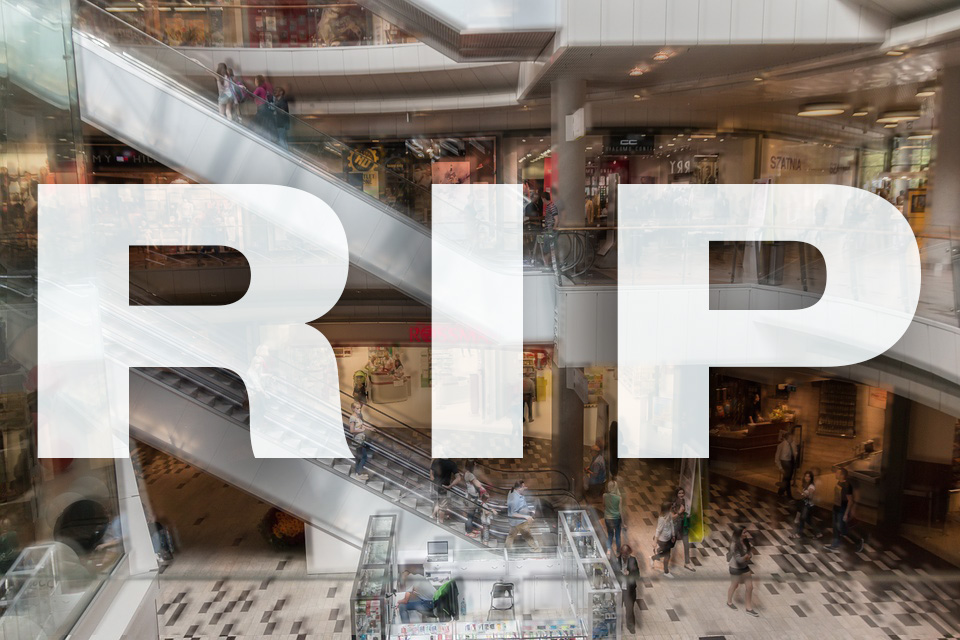 It used to be a big thing to go to the mall. It was where young people were seen on a Friday night. There were so many cool stores and great things do and buy. Oh the food court.

Today nobody gives a shit about the mall. I’ve gone a few times. And to a few different ones and the magic of blowing your money on overpriced stuff is gone. I have seen a lot of closed down stores. This mall I went to in Mount Vernon, IL was a sad excuse for a mall. It made me cry. I actually shit myself there after being food poisoned at Applebee’s. Yes Mount Vernon has the best of the best. But it wasn’t a big deal because no one was there. Not even worth robbing.

I’ve been to a few other malls and even though not as sad it is tearful. It is like a tv show in its 20th season and is just horrible at this point. End it.

Is the economy tanking? No a man named Jeff Bezos is to blame. He’s bald and brutal to traditional consumerism Why go to a store and have some teenager or failed artist working retail roll their eyes, and that is if they make eye contact, if you ask them a question?Why would anyone do this when that same dead inside person can drive it your house. Why fight the crowds when you have wifi and a credit card.

If you’re obese or self-conscious in anyway your don’t have to worry going into a store to try something on and being snickered at by bitter employees or teens with misdirected anger.

Now it is all private.

The mall was also a social place. A place of life. Now it is a place to find stuff you like and then find it cheaper online or for seniors to walk through in the morning. Are we becoming less social as a society. Will we ever leave our homes with the likes amazon delivery and uber eats? Where will we go? I need vitamin D.

Hopefully it will curb DIUs and drag racing and not just bankruptcy of business owners.

Gotta go my package is here!

Written By
Matt James
More from Matt James
It sucks to be a clown. You have the drunken...
Read More