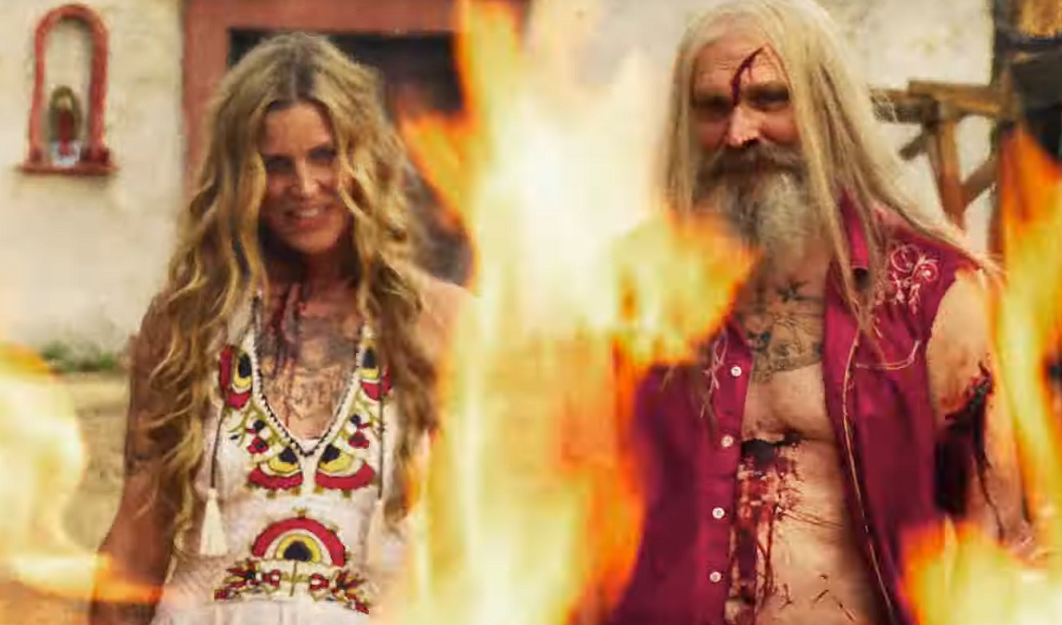 Rob Zombie seems comfortable again at having fun.These are the characters that made him a filmmaker and helped him develop a cult following on indie horror film scene. 3 from Hell was released for three days in town as part of Fathom events, which meant unedited and that means fun for the whole family. Don’t call the babysitter or let your kids do homework. Bring them.

31 was his last film that had some cool scenes, but with a low budget and crowdfunding seemed to make it just that, a low budget on-demand horror film with flashes of brilliance inside a slaughter fest.

Lords of Salem was also not backed with loads of cash and was a departure and also cringe worthy because of the content. It wasn’t bad and received some positive reviews but his fans didn’t like the slow build up and not having violence or sex every five minutes. It was a great effort.

His movies always get a mixed reception but regardless he puts out a product like no one else does. His retro homage style of glorifying violence works in this film. It also helps that these characters are fan favorites. It may also help he did get financial backing from LionsGate and a 3 million dollar budget which is higher than what he was working with before. He had a 7 million budget for the previous films in the franchise, House of a Thousand Corpses and The Devil’s Rejects. And also a wider release. But his last two films were crowdfunded to about a million or so for a budget.

Rob Zombie’s style and type of films may be off-putting to many for various reasons but he’s brought back the fun and danger that makes him who he is. I saw the NC-17 version. It was a fun and twisted ride that will piss off fanboys and normal people no matter what. But horror and film enthusiasts cannot ignore his attempt.

Written By
Matt James
More from Matt James
Jack Black rose to prominence in the 2000’s as part...
Read More