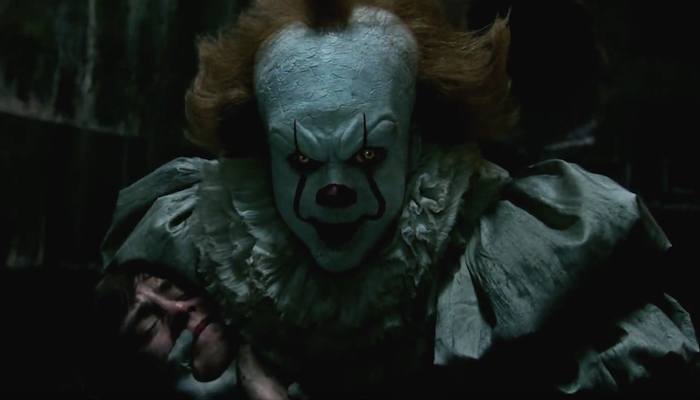 It sucks to be a clown. You have the drunken birthday clown stereotype. There is also ICP and then the classic Stephen King tale “IT”.

The book is over a thousand pages and half of the story is when they are kids in the 1950s and the other half is when they are middle aged and in the 1980s. The movies do the same storyline and are split into two for time constraints and a way to make more money. They change the decades to modernize the tale so the Losers club meets and teams up to fight Pennywise in the 1980’s as children and now in chapter 2 it is present times as adults.

Growing up is hard. You have puberty and drugs to watch out for but these kids have to deal with an inhuman child killing clown. It is nice to see the origins of Pennywise explained even in foggy fashion.

The gore and terror are top notch and remind one of Hellraiser like theatrics or the 1980’s John Carpenter remake of The Thing.

There are great performances from Bill Hader ( SNL, Barry) and James Mcavoy (Split, Atomic Blonde), who’s characters along with the rest of the grown Losers club, are successful and have forgotten the terror of their youth until murder and mayhem returns 27 years later in the town of Derry.

Stephen King is even in it. It is hard to translate his work to film. To really enjoy Stephen King, you need to read the words. The Shining, Carrie and The Shawshank Redemption stand out as achievements but The Dark Tower and Dreamcatcher are a few of many of misfires. The recent remake of Pet Sematary wasn’t bad but no where near the terror and magic King creates. It and It Chapter 2 are as close as it gets. It may not match the brilliance but they are quality horror films that pull no punches with the horrific kill scenes and other unholy scenarios.

I give five killer clowns out of 6.