Hi! I’m Matt and I am a streamer. With so many options, what do you actually watch when you have free time? What do you watch when you cut class or call in sick for work or maybe you gave the kids Nyquil? 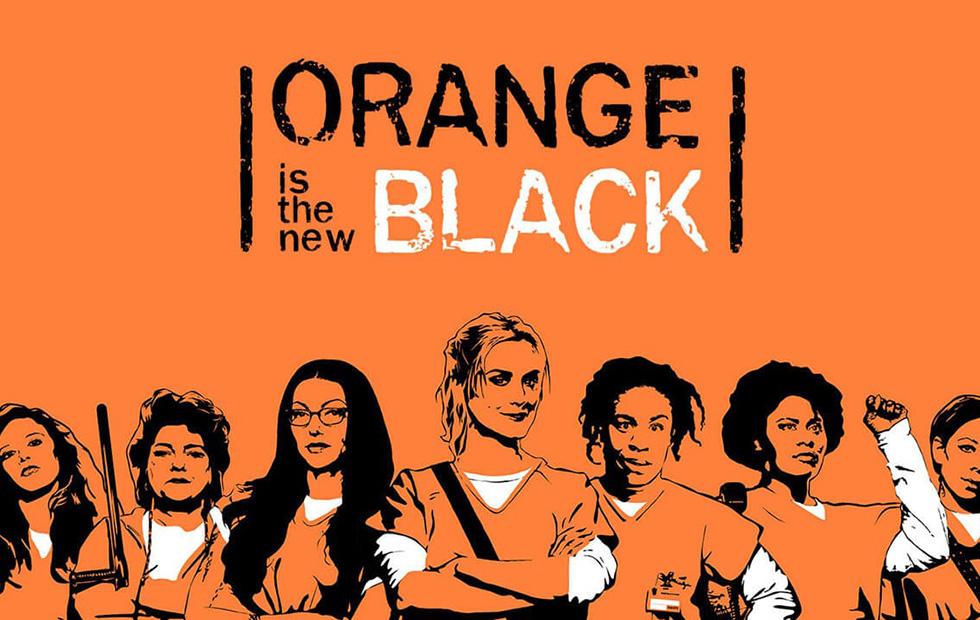 Orange is the Black Season 7 (Netflix) I cannot finish it. I have always been annoyed by the lead character, Piper Chapman, and was always hoping she would get stabbed at one point. Now she is free. So you have the prison drama and boring Piper whining. She is a spoiled and entitled person who is so self-absorbed. So the option of a beat down or a stabbing is out as you watch the compelling story unfold to see her work for her rich father and live with her brother who has a newborn that gets all the attention. Poor Piper!!!!!! She is simply not a good person and seeing her whine about her privileged life and not being able to do whatever she wants because the poor baby is on parole is not interesting. I can see the writing on the wall that she will be sent back on purpose because she cannot acclimate to living a rich stuck-up person’s life. There is also a lecture about ICE and immigration which is taking up too much of the storyline. If it was interesting and compelling then it would be okay but seems like a lesson and political stance being pushed. Wherever you stand on the issue, I want to escape the anger by watching a show. Politics is everywhere and it is a current event and an important one, yet I feel it isn’t conveyed in an artistic way and is forced into the plot. Entertainment and politics are one at this point. It is a current event and needs to be addressed but I want to know more about the other characters, not the creators point of view on how things should be. And I want to escape the misery of real life and cable news, not be treated like an idiot and be educated through a Netflix show that has jumped the shark. This show is like dating someone too long. It should have ended years ago. But if you love it then good for you. 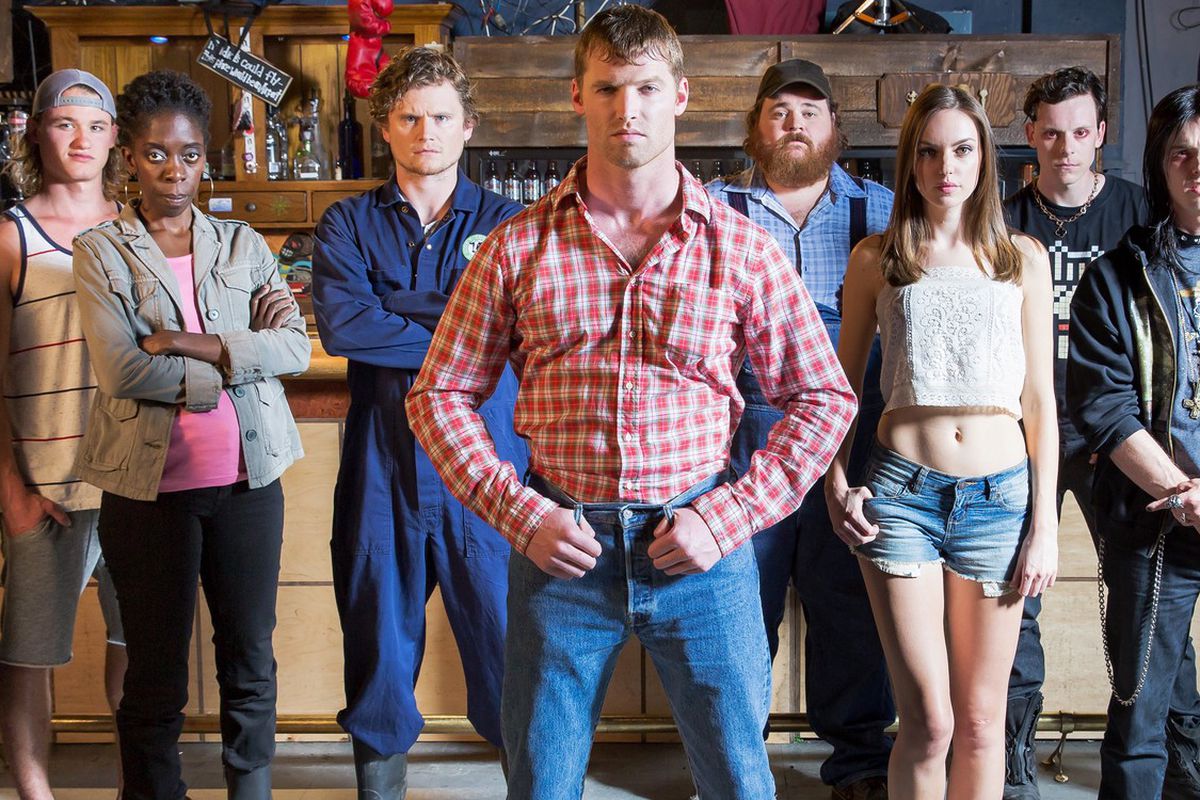 Letterkenny (Hulu) Six seasons of the happenings in the small town of Letterkenny are waiting for you on Hulu. The show started on Youtube and now has six seasons on Hulu with a new one coming in October. You have your small town cliques, the hicks, the skids (burn outs, druggies), the hockey players, and the Native Americans. You have your typical gay preacher and other various characters that are so good together. The humor is a breath of fresh air. They cover lifestyle issues of living the small-town life. The creators are very intelligent and many of the actors perform well together. Seeing these small town people address the current climates is hilarious. It’s humor approached for the sake of humor being the goal. And the characters are lovable. It’s proof that you don’t need some coked-up network executive to green light your show. They did it on their own. 25 minute episodes help you fly through the seasons so fast. With so much negativity in the world, this group from Ontario shows humor the real way. SNL and Late Night talk shows sould take notes. This is a show that wouldn’t make it on safe network tv but is flourishing because we have other options then cutting edge shows like This is Us (jk). 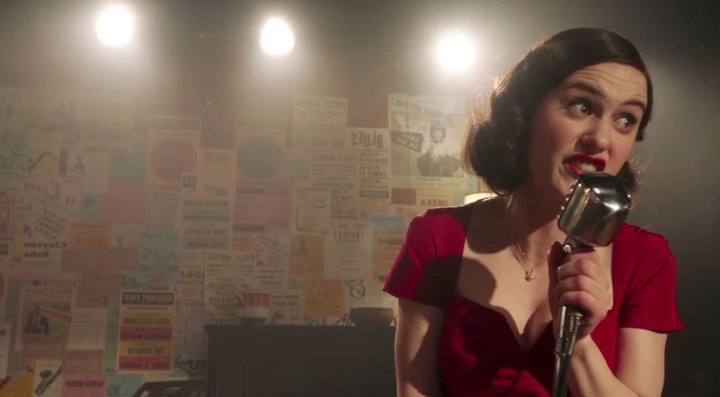 The Marvelous Mrs. Maisel (Amazon) For guys thinking this is a chick show listen up! If you love stand-up comedy, then this is for you. They cover the writing, performing comedy, booking gigs and the comedy club culture. It is also just a great period piece from the late 50’s. Midge Maisel’s husband left her after he bombed at an open mic night and revealed he was banging his secretary. So now she finds herself divorced with two kids living with her parents. She has a breakdown and goes to the open mic and ad-libs a set about her misery and blows people away. She starts to make career with her rough around the edges manager played by Alex Bornstein (Family Guy, Mad TV). She becomes great friends with Lenny Bruce and struggles to be a comic in a man’s world. The show also features, Kevin Pollack, Tony Shalhoub, and Jane Lynch to name a few. It’s a great show about the old days of comedy and the old days in general. 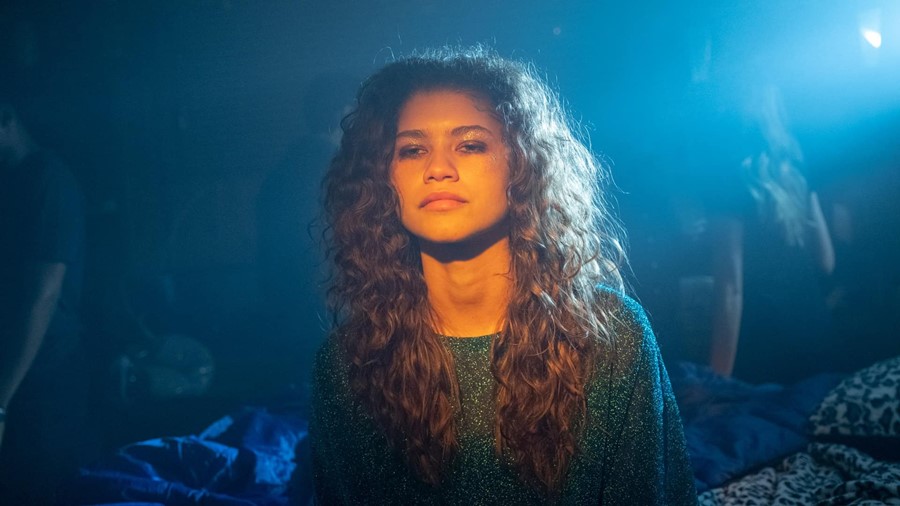 Euphoria (HBO) If you read the article awhile back that said, “they showed 30 dicks in an episode,” it is true. This is a graphic portrayal of teen life in 2019. A football jock named Nate finds his father’s hidden tapes of him banging transgender teens and males in hotel rooms. Now the football star is questioning who is in a painful way and causing damage to others in the process. Then there are Jules and Rue. Rue is played by performer Zendaya who recovering from substance abuse and trying to rebuild her life when she meets Jules, who is a transgender teen trying to find her way. They become friends and even closer. The problem is Jules hookups with the Nate’s dad and now they are all tied together in a deadly way. There is drug abuse, statutory rape, a girl making webcam videos for creepy guys, disturbing violence, and so much unhealthy behavior. I found the first three episodes compelling then it got boring as if they ran out of stuff. The finale spent too much time on Rue. She is sad, we get it. There are more interesting things going on. Who cares? There is at least 20 mins spent on her being unwashed and moping around because Jules isn’t reciprocating the love and being distant. It is not that interesting. It is directed and produced well and will scare any parent who has a teenager. I will reiterate that I found Rue annoying towards the end. We all have depression at times but she got too much. It wasn’t conveyed well. There were other characters they spent less time on in the season finale which annoyed me. Show the other characters instead. It’s like they only had three eps of material and are filling the rest with Emo shit to fill the hour. There were answers I wanted but I have to wait till next season and watch it like some tween. The show illustrates how toxic it is growing up is and is produced by Drake and Future. They just signed for season 2 which was up in the air, but now official.