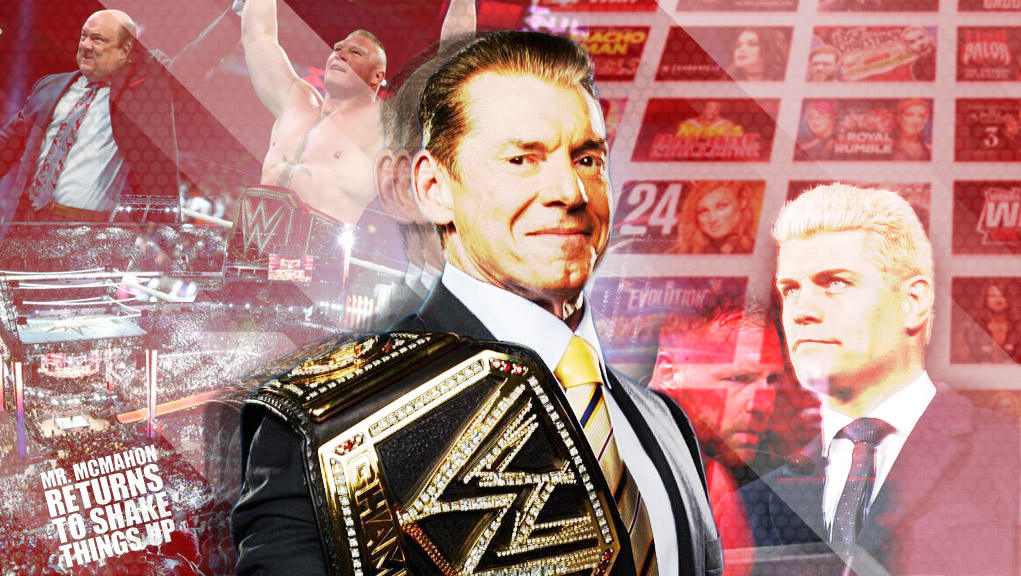 It may not be 1998, but this may be the best time to be a wrestling fan since then. Many factors have come into play recently that has helped professional wrestling regain the popularity it once had back in its heyday.

WWE Network It’s like a drug. It hooks you in by giving you all of the Pay-Per-Views, weekly shows and specials from not only the (then) WWF, but also WCW and ECW since Vince McMahon acquired both of them in the early 2000’s. So whatever federation you aligned with in the glory days, it’s all there (for the most part). Along with all of the retro content it provides, it also gives you access to the current Pay-Per-Views included in the price. Even if you didn’t watch wrestling as a kid, you can at least see what the fuss was all about. Even if you have no idea what is going on in the current landscape of WWE, you can watch the Royal Rumble, Wrestlemania, Survivor Series and all of the other monthly shows without the commitment of paying $50 per show like we had to back in the day. Just dipping in to one PPV can get someone re-hooked into the story lines from the weekly shows like RAW and SmackDown just like that.

Podcasts There are numerous podcasts and shows being published that tell the stories behind the most infamous events and occurrences from the past. And since anyone who is remotely famous has a podcast, there are numerous ex-wrestlers, managers, announcers, and executives who have their own podcasts that cover past events, shows, and happenings that can be very interesting to anyone who was a fan back in the day.

YouTube You don’t even have to ingest the shows at full to see what happens on a weekly basis. There are numerous Youtube shows and channels that give breakdowns on everything that happened (or didn’t happen) from the top shows and Pay-Per-Views. Like dirt sheets and fan websites have done in the past, these shows are more in-depth and provide highlight clips that that were not available at the time.

Competition Once Vince bought out pretty much all of his competition, the WWE product tends to get a little stale without a driving factor or a reason for the viewer to change the channel. With the introduction of a new organization, AEW, that seems to be the biggest competition to the WWE since the days of WCW. This can also be seen as good news for the WWE since Vince seems to respond well to competition. WWF was at the brink of bankruptcy when WCW blew up in popularity in late 1996 and early 1997. WWF responded with introducing characters and angles to the likes of Stone Cold Steve Austin, The Rock, Triple H, the Bret Hart-Shawn Michaels feud, USA vs Canada, the Montreal Screwjob, the birth of the Attitude Era, Sable, D-Generation X, and Mike Tyson (to name a few) that catapulted the WWF into another stratosphere of popularity that, with enough time, buried the WCW. Even if the current WWE does respond to competition, viewers will still have another choice for its wrestling entertainment. The two driving each other should mean the best for fans.

Familiar Faces Vince has taken the first steps to strengthening his organization by bringing in familiar faces to help run the show again. Several industry vets came back into the limelight by co-hosting wrestling podcasts. Coincidentally, within the last few months, the co-hosts of these podcasts have been re-hired to help run WWE technical and creative. Bruce Prichard, Vince’s right-hand man for decades, co-hosts a weekly podcast called Something To Wrestle. Vince recently hired Bruce as Senior Vice President. Eric Bischoff who served as Executive Producer for WCW in the late 90’s, also co-hosts the popular podcast 83 Weeks. Vince has hired Bischoff, along with former ECW owner Paul Heyman, to help run WWE Creative for the weekly television shows RAW and SmackDown respectively. Bringing in these seasoned vets shows that Vince may be once again in fear of his competition, and will try whatever he can to upgrade the current product that WWE has been putting out in recent months.

More Than Just RAW and SmackDown While the premiere shows, RAW and SmackDown, may not be producing the best content for its fans, WWE also puts on more niche shows that showcase up-and-comers and cruiserweight divisions. WWE’s NXT is the like the farm system to the WWE professional class. WWE also broadcasts 205 which showcases the best Cruiserweight division talent. Even though these shows aren’t (currently) on broadcast television, they have become a fan favorite for a lot of wrestling fans. Not to mention, AEW’s weekly primetime show is set to premiere in October on the TNT network. This will garner a lot of attention since it will be one the biggest promotion-based shows to air on broadcast television since WCW Nitro and Thunder.

The Internet With everything mentioned previously, the wrestling world has something it didn’t back in its heyday: the Internet. As wrestling gets more and more popular today, with the help of the internet, a wrestling fan can consume as much content as it wants from current and past programming, podcasts, radio shows, live events, conventions, merch, and more. All of these existed in the past, but never as easy.

Say goodbye to your cash though. A popular thing for wrestling can be a downside to the consumer. The WWE is as profitable as it’s ever been. Fans have responded to its popularity again by digging in their pockets to pay for all of its new and existing content. Like Netflix and Hulu, the WWE Network has enough content to justify the $10 a month price tag.

So whether you’re a fan of the new product or the old school, now is the best time to get back into the world of professional wrestling to see what will happen next! (insert Eric Bischoff smile). 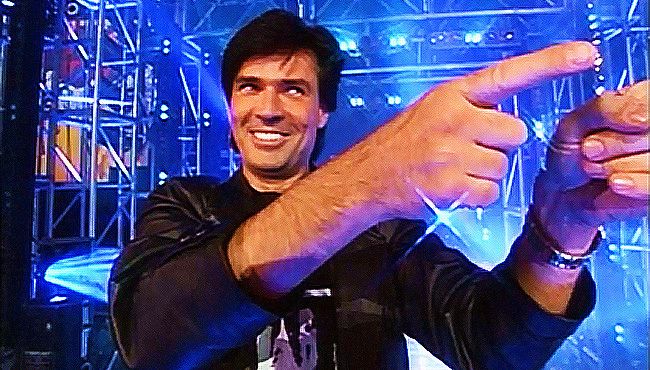 Written By
Jerry
More from Jerry
Serves them right. What kind of losers watch the Bachelorette...
Read More