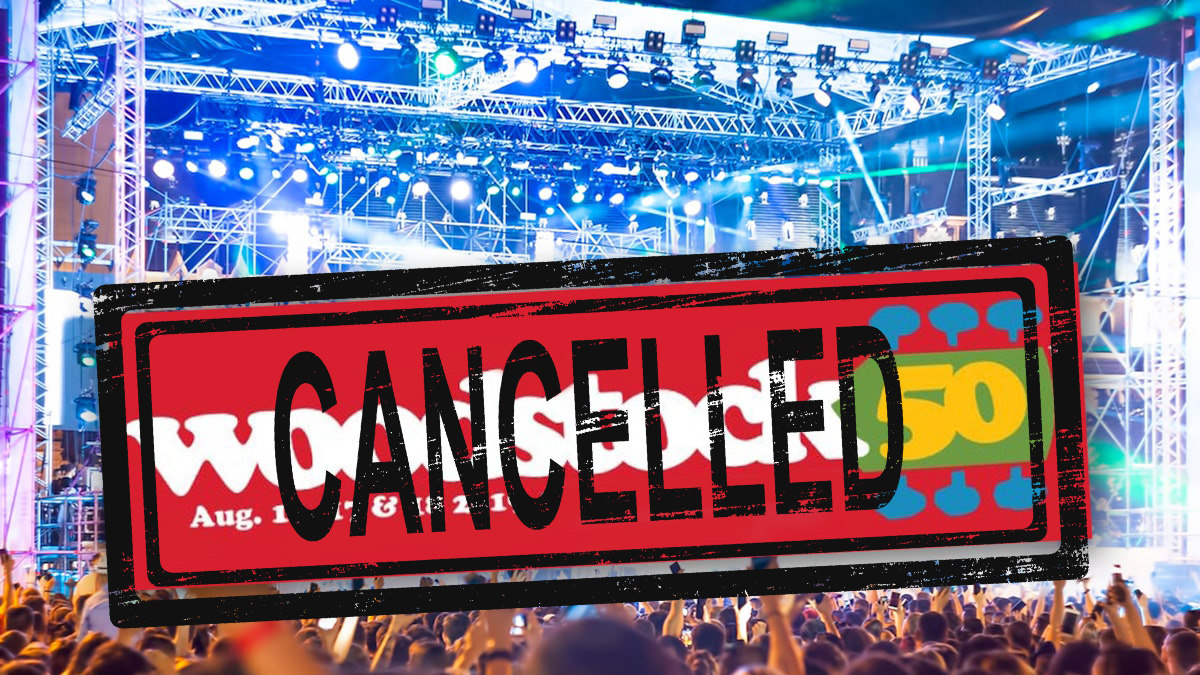 Not very groovy news for Woodstock 50 ticket buyers! The anniversary celebration of the original multiple day music festival that was Woodstock is over.

The festival with headliners like Jay Z, Santana, The Killers, Miley Cyrus and more was plagued from the beginning. First the festival was criticized for not being in the spirit of the original festival. Soon tickets didn’t go on sale on time and there was a question if they even were. Then organizers backed out and the people in charge, who were involved with the original festival, failed to secure the permits so the festival had to be relocated and major acts dropped out. They went from a $450 three day pass to a free ticket and a smaller gathering but the plug was pulled or kicked out of the wall.

This isn’t the first time they tried to bring back Woodstock. The Gen X’ers got two cracks at it. In 1994 with bands like Nine Inch Nails, Metallica, Blind Melon, Cypress Hill, Joe Cocker, the Cranberries and so much more. There was not a peace and love attitude but a fuck you attitude. It got worse five years later in 1999 when they tried it again with Korn, Limp Bizkit, The Red Hot Chili Peppers, The Insane Clown Posse, DMX, Bush and a shitload more. The extreme heat and overpriced concessions didn’t help. There were also multiple accounts of sexual assaults reported and ongoing riots occurred. Now the millennials had a chance to relive something that was really only meant for the baby boomers.

They should have called it something else. Woodstock was Woodstock in 1969. It was a large amount of people coming together in the summer of love to see acts like Jimi Hendrix, Janis Joplin, The Who, the Grateful Dead, Santana, to name a few.

Woodstock 50 was criticized for being too poppy and not enough rock but they did initially land Santana, as well as Dead and Co. which is a reboot of the Grateful Dead: think 80’s movies remade shitty and PC. Nothing is ever as good as the original but the attempt of the spirit is there. I’d rather see some Dead then no Dead at all. I don’t feel the same way about Queen and Adam Lambert. The hater in me takes control.

One good thing about a diverse line up is you get a broad audience but you don’t want too broad. It’s not worth $450 to see two bands. You are better off traveling to see a solo show. But I liked seeing groups I wouldn’t normally see and getting exposed during the festival setting. I find myself in that situation this summer: hundreds of dollars to see 3 great bands, in my opinion, and the flavors of the month with some Indie people. Or go rock and see some 90’s/ 2000’s headliner with some up-and-coming bands struggling to get ahead.

There are so many festivals all over the country that are slashing prices leading up to show times. So Woodstock doesn’t hold weight like it used to because of over-saturation. There are a hundred more festivals just like it. They aren’t hiding behind a cool name.

Written By
Matt James
More from Matt James
It sucks to be a clown. You have the drunken...
Read More