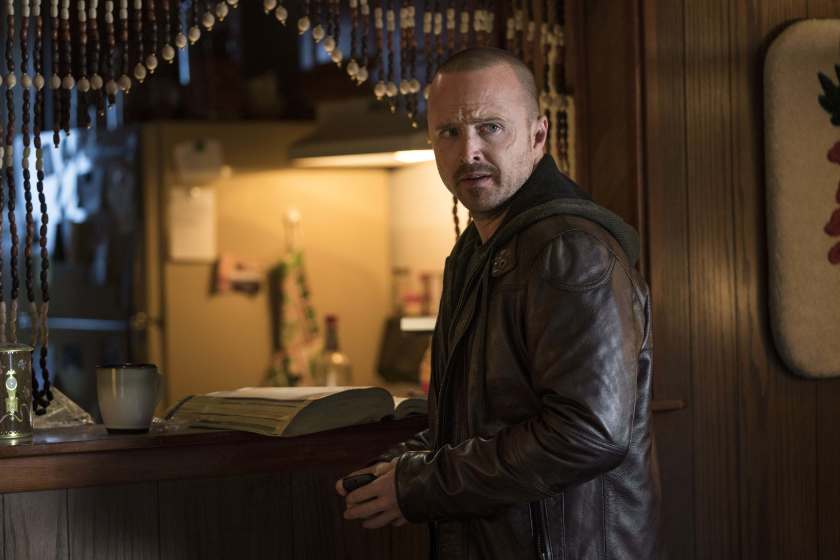 I was concerned when I heard there was a Breaking Bad movie being made on Netflix. It just sounded bad. I felt better that Vince Gilligan was behind it. He proved he could keep the Breaking Bad universe going with Better Call Saul.

We see Jesse Pinkman on the run after Uncle Jack and his gang were gunned down by a Walter White trunk gun.

While Jesse is on the run and the story becomes national news and the manhunt begins.He relies on his friends Badger and Skinny Pitt to get him started and he tries to get Todd’s stash of cash from the now deceased’s apartment and skip town while the cops are looking for him. Unfortunately he is not the only one who wants the money.

The movie delves deep into what Jesse had to go through. He suffered from understandable psychological damage being locked in a cage and only to be tied to a chain when he is out. Jesse also endured physical abuse and other trauma and is now broken. But he is loose and has to survive.

This movie is true to the Breaking Bad theme and genre and gives closure to fans. It also gives the viewer questions to ponder about second chances. The movie is well done and is filled with cameos that bring together the story of what happens after the destruction and devastation caused by meeting Walter White.